Home
»
Society
»
Visit Poland – Auschwitz and Salt mine near Cracow

Southern parts of Poland are definitely one of the most picturesque parts of the country. With many historically significant landmarks and out-of-this-world landscapes, there is no way to visit Poland and not come down to Krakow – the southern centre of the region.  You must’ve heard about the tragedy that happened in Auschwitz-Birkenau concentration camp – now you can see the place for yourself and relive the history along with other tourists from all around the world. With English tour guides at hand all day every day, there is no reason not to come.

What is there to see?

The world knows Auschwitz as a symbol of genocide, terror and the Holocaust. Since the establishment of concentration camps in 1940 here, the landmark has been treated as one of the most horrible place that now serves as a tribute to the heroes that stood up and survived those times.

Auschwitz became the side of the most massive murder campaign in history and one that has almost wiped out all the Jewish people off the planet.

It was the largest of the Nazi concentration camps and visiting it now allows tourists to learn what it was like to live in Poland in such hard and scary times.

On the less-scary spectrum of places worth visiting sits The Wieliczka Salt Mine. Right now it is the only mining facility in the world that has stood the test of time and remained active from the Middle Ages to the present. Tourists that decide to go there leave with the sense of seeing one of the most beautiful places in the world. The underground saline lakes, the sculptures and carvings on the walls, the breath-taking Chapel of St. Kinga – it will probably leave you in a state of shock and utter disbelief that such a place can exist on Earth. 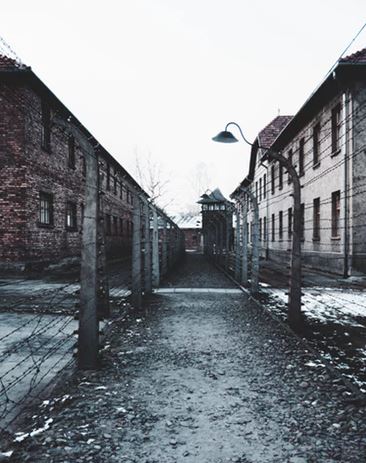 Organised tours to Auschwitz and Salt Mine

Auschwitzsaltminetours.co.uk is the place to go if you are planning on visiting Poland soon. The company organises trips to the concentration camps at Auschwitz-Birkenau, which are available in two options: private transfer and shared tours, as well as trips to the salt mine.

This is the best way to go around visiting Krakow if you are from the UK – the tour guides are all English speaking and they are properly trained in guided tours for both Auschwitz and the salt mine. With them, you don’t need to worry about times of admission and search for tour guides – everything you need is included in the offer.